Last Friday evening we got nailed by a sudden hail storm. I had just finished saying, "I think I'm going to till the garden before it gets too late", when the skies darkened and 1"-2" hail started coming down in a deluge. 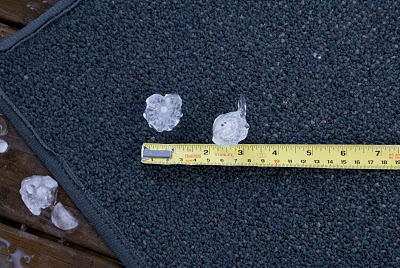 It was so violent, we decided we had better close the drapes in case the windows broke. We looked out onto the lawn and the hail was getting such a good bounce it appeared that hail was jumping upward from the grass by six inches.

Somebody (not me) got some video of the storm.

When it was all over, it looked like someone had opened dozens of bags of party ice all over. The hail melted fairly quickly after all was said and done which created a fog over the streets. 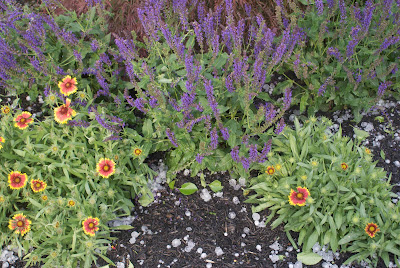