This year I've decided to engage the culture head-on for Halloween.

I love a good party just as much as the next guy and I love costumes too, but I kind of feel about Halloween the same way I feel about Mardis Gras -- they are celebrating the wrong day. And it's just bad liturgy.

With Mardis Gras you get Fat Tuesday, but skip out on Ash Wednesday and Lent. What's really the point then, except to party to excess?  Same thing with Halloween: a night to binge on candy and dress up with a focus on "spirits", and miss out on the Father of Spirits (cf. Heb 12:9) and the triumph of the Saints in Heaven.

We have a real holiday, and it is great. The Feast of All Hallows is the Solemnity of All Saints. The Church Triumphant -- the super-heroes who made it to Heaven who are the "cloud of witnesses" that support us with their prayers and intercessions and behold Christ in Majesty.

So by all means, ring my doorbell on Oct. 31 and let's have some fun. The girls, Blynken, Nod-girl, and Nib will be dressed in their best rendition of St. Philomena, St. Lucy, and St. Agnes with her little lamb in tow, Dab.

But you'll have to come under this 6-foot banner I got from Staples.  Just so we're clear. :D

This is getting so ridiculous that it's kinda funny -- but my house is on strike.  Not the people in it, although I could fill up volumes in that regard, but the house itself.  Oh, and the appliances are conspiring against us too.

It just doesn't want to work anymore. Our house is starting to be that house-of-a-certain age. You know, the one where you decide that you're sick of your current state-of-the-house and could use a makeover -- and the house in protest just decides it's going to stop doing all those things that you have taken for granted up to now.

Like the roof and windows keeping out the rain. Like the water heater providing actual hot water for longer than 12 minutes at a time. The paint is peeling (or is that crayon?) and the carpet looks like the wrong end of a Chinese take-out.

The door frame is out of true and the garage door spring went sprung! Some outside critter got in and decided to chew a hole in the garage door insulation. Honestly, I didn't know my garage door was insulated to begin with, and certainly not with a million molecules of styrofoam. 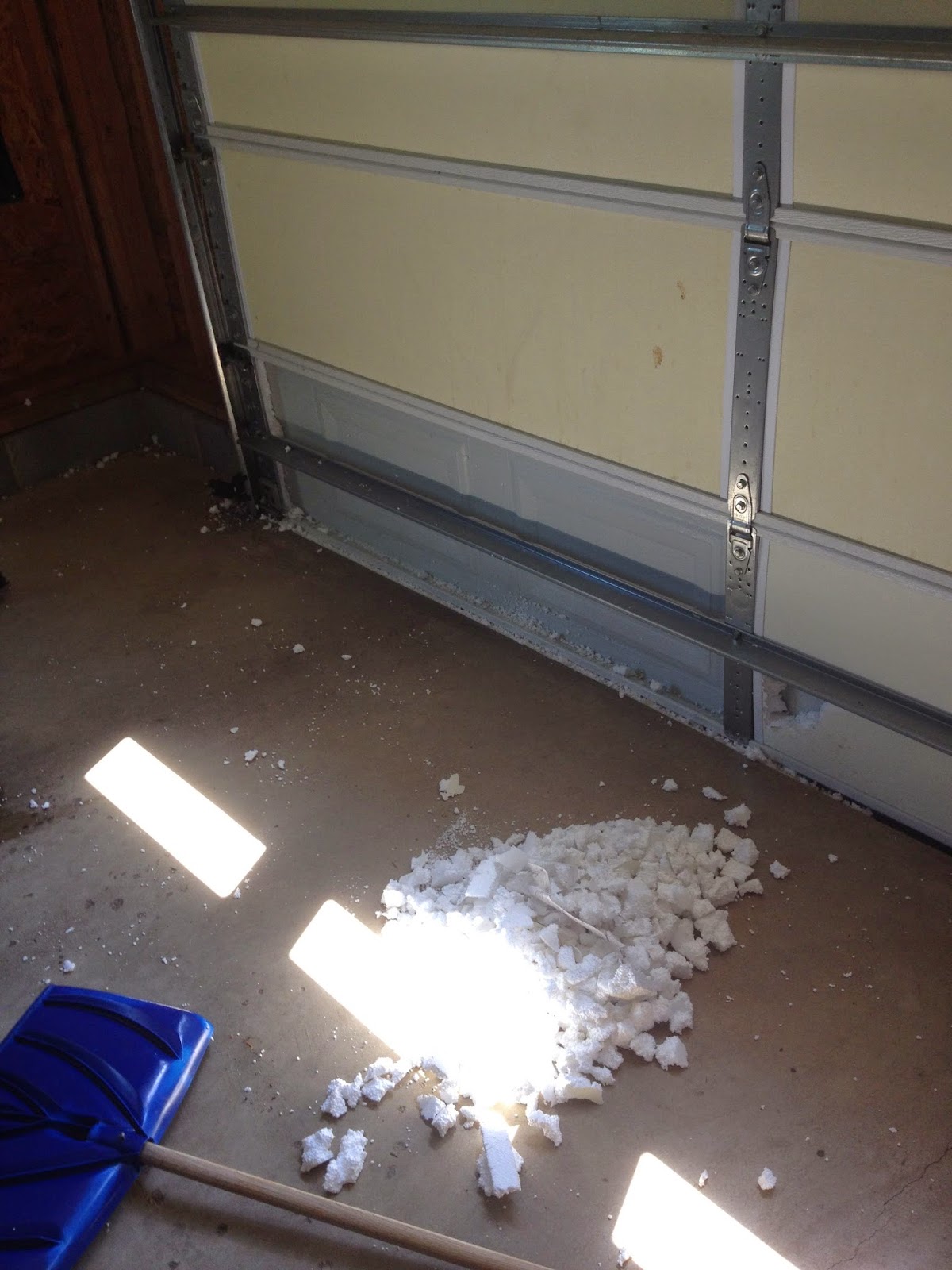 The basement toilet refuses to flush completely despite the plunge-and-Draino routine and has developed a slow leak around the porcelain like an old man with an enlarged prostate. Not to be outdone, the oven heating element actually melted in place and sent up a shower of sparks to terrorize the kids. 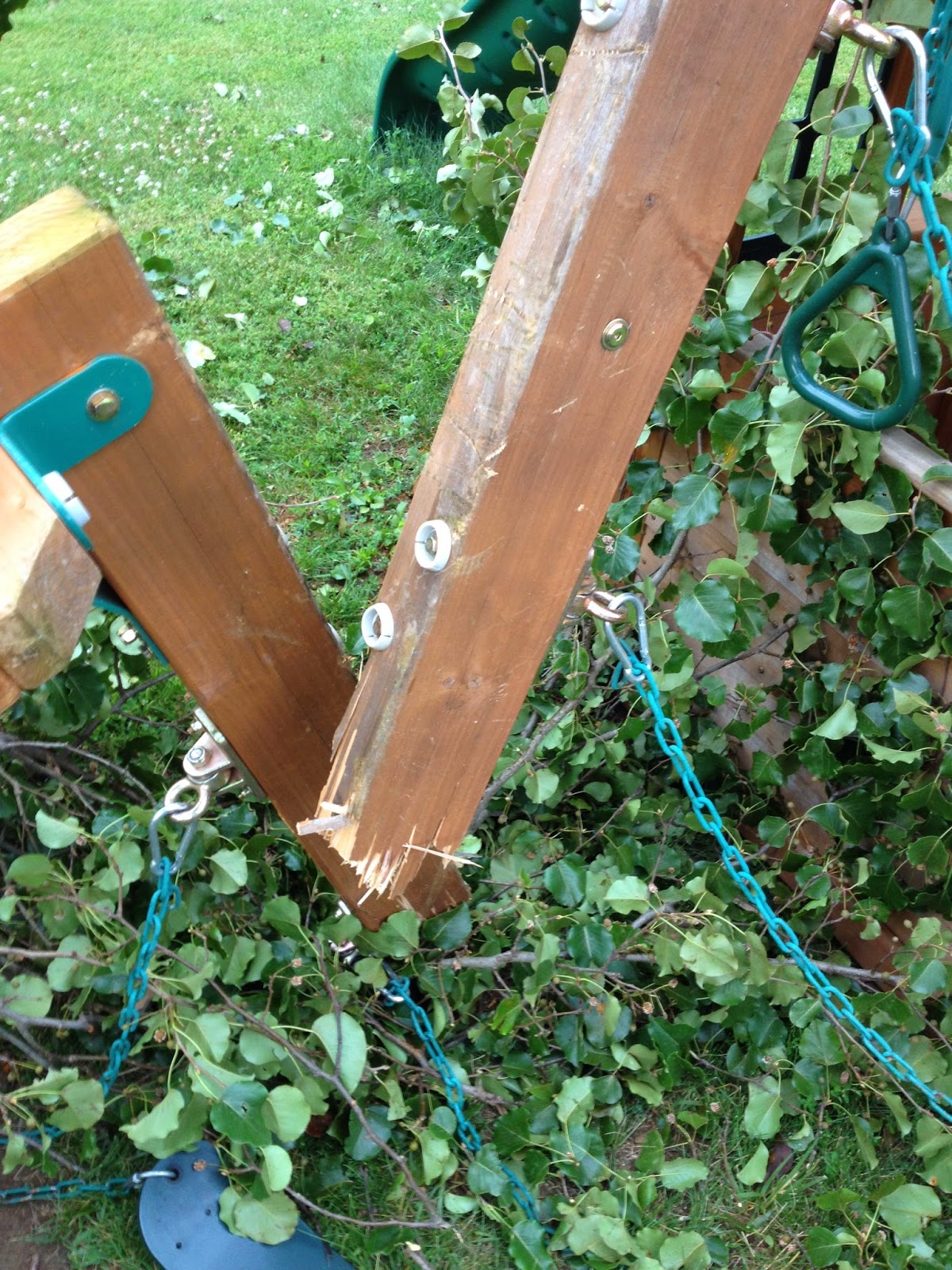 The outside things looked in and decided to join the fray. The big Bradford pear tree in the back just up and dropped a 500 pound limb on our playset, so the swing-set got sunk.

The air conditioner flirted briefly with swallowing a toddler sized handful of gravel, but has since realized the error of its ways and crossed the picket line back to our side.

Finally today, after 5201 loads of laundry the washing machine is all washed up. The front loader drum came off its moorings and banged itself into oblivion, crying out "No more will I carry your load!" Gunga-ga-gunga-ga-gunga! Such a din!

The companion dryer wisely gave up its cubic yard of lint it had been hiding under its skirts and demanded amnesty. We have agreed to its terms and declared détente.

We could laugh or cry, but laughing's much more fun. Here's mud in your eye. Ha! Ha!