AoM: How A Slave Was Made A Man

Found this great comic at the Art of Manliness so I thought I'd share. The great Frederick Douglass in his own words. 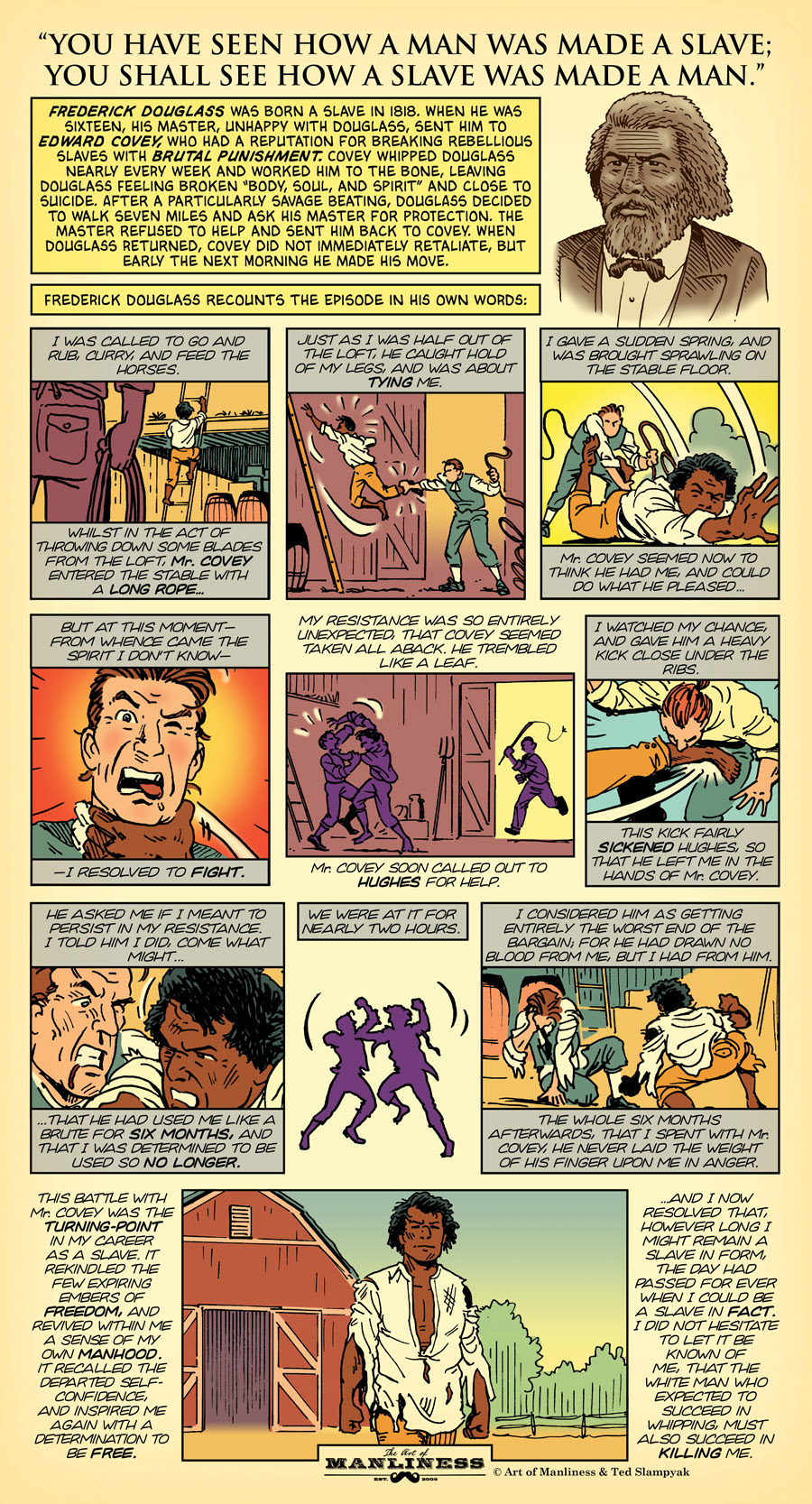 At the U of R we had a building named after him. Pretty cool.
Posted by Nod at 8:56 PM No comments:

It was a catch-as-catch can dinner night, so I told the kids to go ahead and pray then eat.

They chose to do it in Latin, because 1) they know how, and 2) they think it's cool.

On Popes and Resignations

So Pope Benedict XVI announced his intention to step down from the Papacy at the end of February this year.  It's major news; reaction is everywhere. It's safe to say that most people were taken by surprise, myself included.

Oh there were signs if you knew where to look: his direct statements saying he'd resign if he felt he couldn't continue, his 2009 visit to the tomb of Pope St. Celestine V (who established the right of the Pope to resign) wherein Pope Benedict left his pallium (the symbol of his authority as Chief Shepherd) on top of the sarcophagus, his failing health, and so on.

Others have better and more insightful reactions; I have only mine. My thought is this: Popes should last a lifetime.

I grew up during the pontificate of Pope John Paul II (the Great!).  I saw him in person in Izmir, Turkey when I was nine years old at Mary's last house (Meryem ana). Twenty-seven years with the same Holy Father. I never knew any different. As far as I was concerned the list of Popes went: the Apostle Peter, John Paul II, and then Benedict XVI. That is all I can remember. I was either too young or not paying attention before that.

So to have your Holy Father - the only one you've ever known - die and have to recover from that is fairly traumatic for the faithful in my generation. We took great solace in the humble piety and gentle love of his successor Benedict XVI. He comforted us as a Father should, and we loved him and now he was our Holy Father.

And now he is going away. I understand and respect his reasons with my intellect, but my emotions just can't grok it.  History tells us that the average Papacy lasts around 10 years and older Catholics have experienced this much more than I, but it will be some time before I can have any other reaction.

But even the Vicar of Christ must die or go away. He is the visible symbol of Christ on Earth. The Catholic Church will continue as long as there is history, because Jesus said it would, because His mystical body is eternal. If I were a better Christian I would realize that all the love and honor I give to the Holy Father rightfully belongs to Our Father.