This is possibly the most exciting non-family event in a looooong time: The Pinball Arcade released their port of Black Knight 2000 on Valentine's Day this year. I know I'm in love!

I am a pinball nut. Note this is different than actually being good at it. But I love the lights, sounds, and the feel of pinball. I sunk many never-to-be-retrieved quarters into pinball as a starving college student. Black Knight 2000 was my object d'amore.

I have seriously considered buying a full-size no-kidding Black Knight 2000 pinball game for my house. Sadly, with 6 Nodlings to feed, I don't have $3000 extra dollars lying around.  But that's how much I love this game: I considered doing it.

Purists will argue that it's not the greatest table, that it's too reliant on the right flipper, and so on. To them I say: you have no soul. It is the essence of what a pinball table should be: fun, engaging, with just enough challenge so that you want to do it again and again. "Every flipper, bumper, sound effect, and display pixel has been painstakingly emulated in astonishing detail!"

It's got a great theme, very catchy sound track, clever phrases, two playing fields, etc. It's even got a freaking drawbridge for crying out loud!

And now Black Knight 2000 is available in all its glory for a pittance. Or as close as you can get without full haptic (touch) feedback -- but it does have Tilt sensors on the iPad and you can "bump" the table.


Black Knight 2000™ (1989): The Black Knight rides again in this brilliant sequel to the Steve Ritchie hit from 1980. Players take on the role of good versus evil as they battle the Black Knight in high velocity gameplay. The game is all about speed and quick reactions, highlighted by features such as an upper and lower level, repeating U-Turn and Skyway Loop shots rewarding accurate shooters and a Drawbridge that lowers to reveal a ramp.

The patented Magna-Save™ feature from the original game is back. This allows players to activate a ball saving magnet preventing balls from draining. Great scores are achieved by collecting Lightning Wheel Awards, scoring Hurry-Up bonuses and playing the three awesome Multi-Ball rounds, including The Kings Ransom Wizard mode. 5,703 units of this table were produced.

A Pilgrimage To The Shrine

Today I was lucky enough to be a chaperone for #2, Blynken, as she and her class took a pilgrimage to the Basilica of the National Shrine of the Immaculate Conception in Washington, DC. 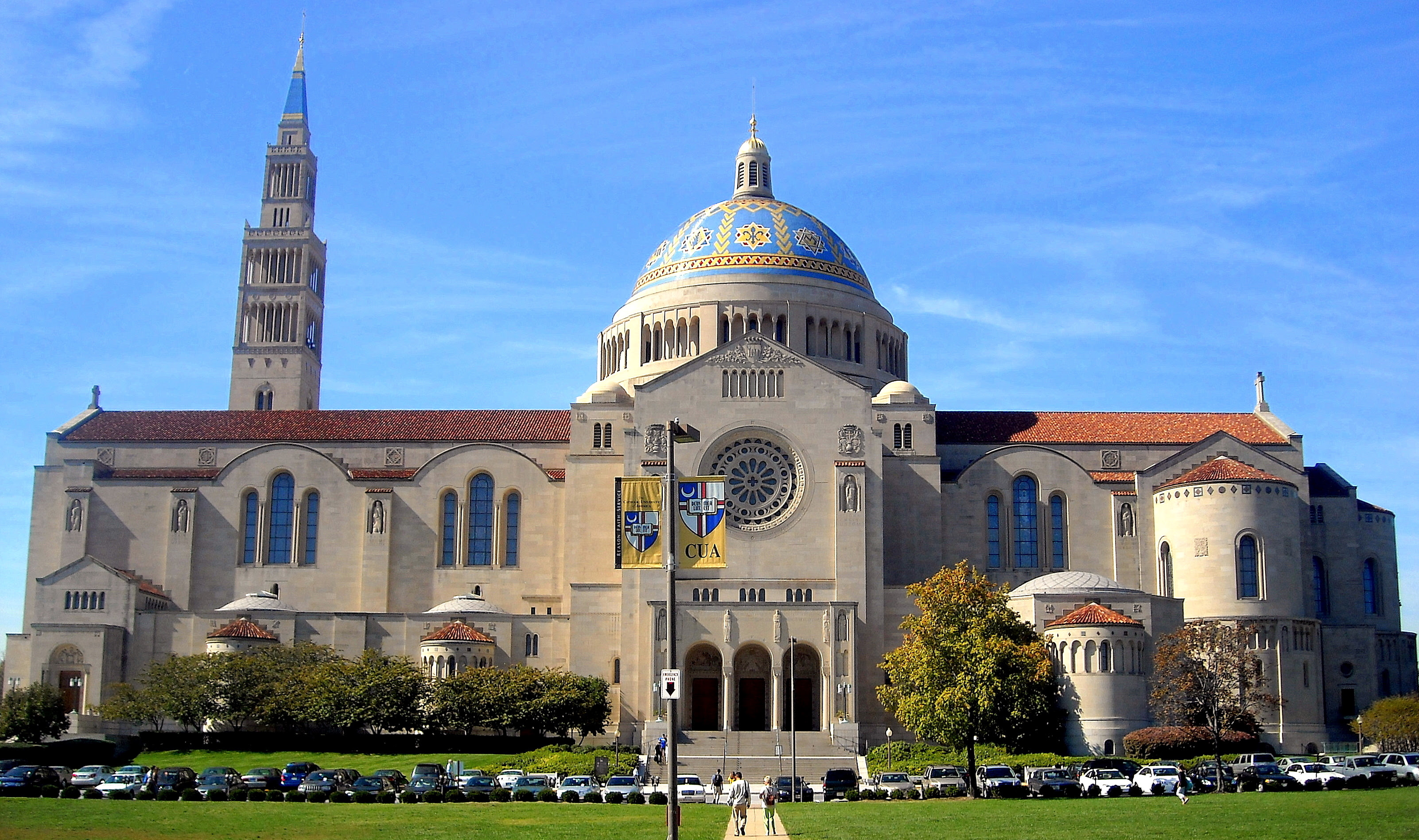 I had forgotten just how beautiful and awe-inspiring this church is. We had a one hour guided tour which was way too short to see all the splendor in this Basilica. Afterward we heard Mass downstairs in the Crypt Church (also gorgeous).

Great art and great architecture doing what it is supposed to do -- lift your mind, heart, and spirit up to God. Blynken said she felt as if she was floating up to heaven. I don't blame you, girl.

Although the church is dedicated to Mary, the Immaculate Conception, it has my favorite picture of Christ in Majesty and Triumph of the Lamb. I can never remember the title, so we just call it the "Buff Jesus" icon. Hey, carpenters are strong, right? 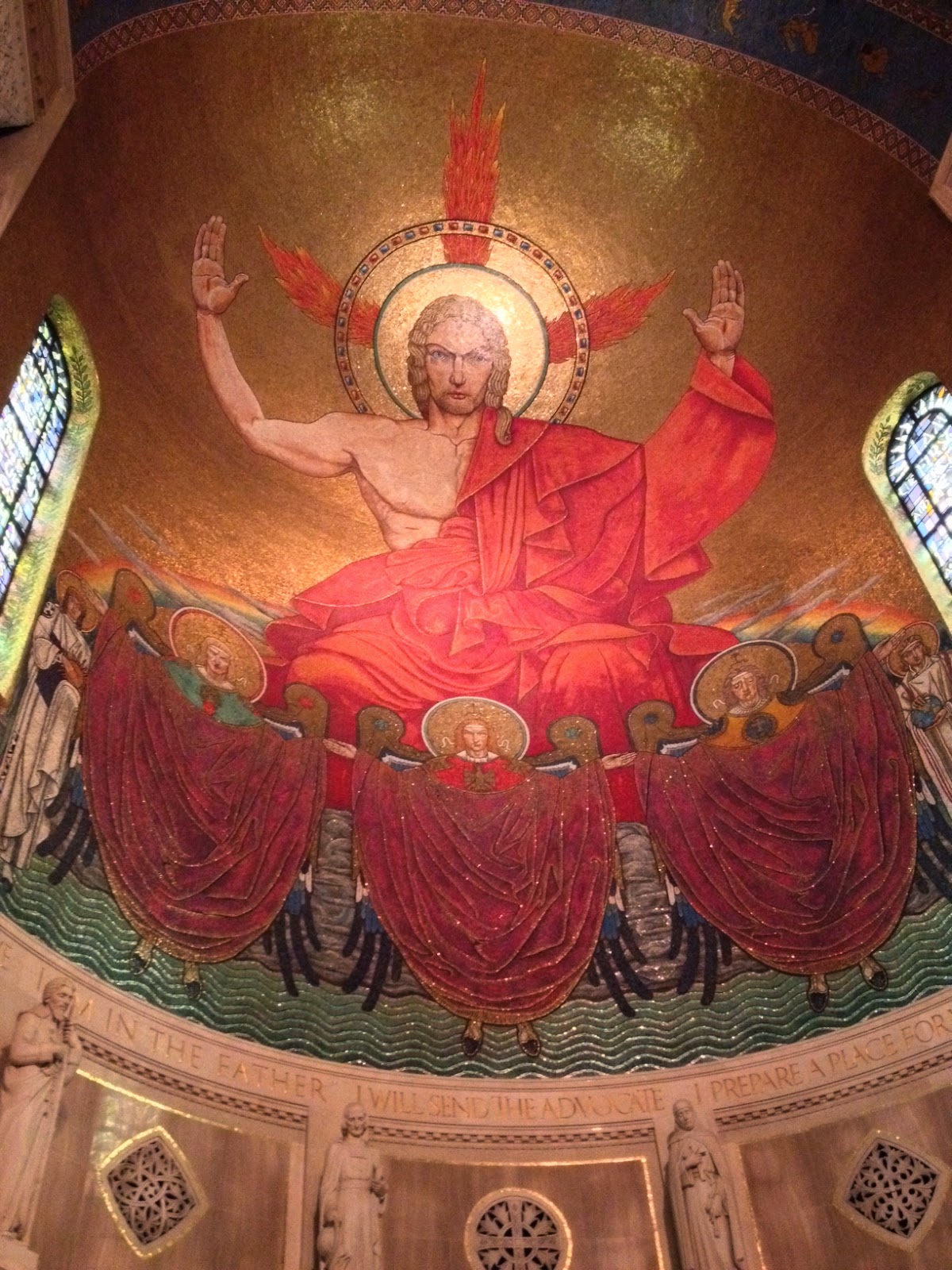 And since it was St. Joseph's feast day, there's a picture of him at the Shrine also, taking care of the infant Jesus and generally looking out for families. 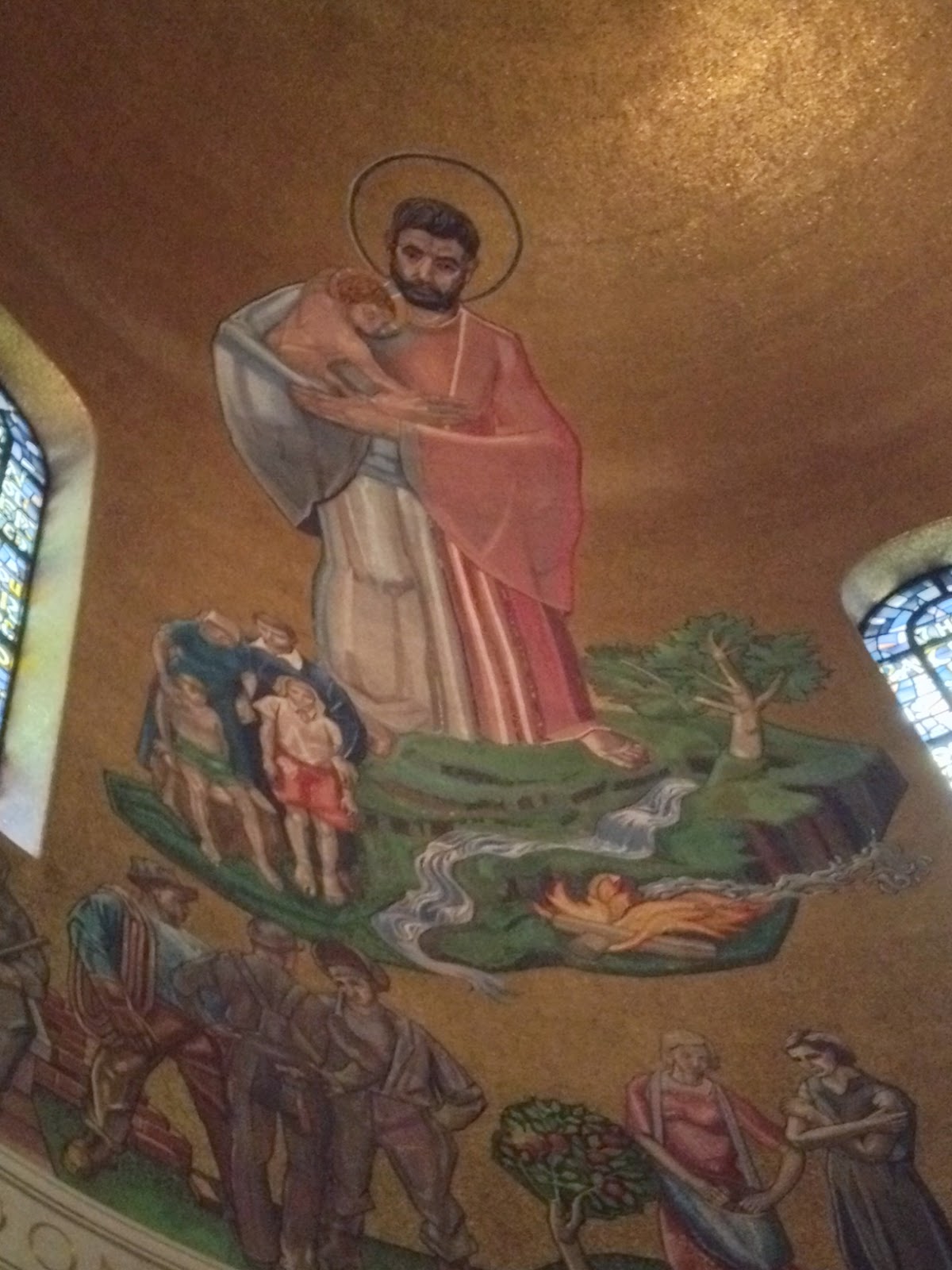 Blynken and I had a great time together and we were both awed by the Basilica's beauty. This more than justified taking the day off from work. Can I do it again? Huh, can I? Oh, please!

If you're ever in the neighborhood, do yourself a favor and stop in. Plan to spend some time. Oh yeah.
Posted by Nod at 10:55 PM No comments: