So we had Hurricane Irene come through town in DC and the verdict is in -- meh.

I know that it was much worse elsewhere. Although I'm grateful for everyone's safety, I must say that I've seen worse thunderstorms on a hot summer's day.

So, here's a little idle speculation. We've had a hurricane and tornadoes and an earthquake; what's next: fire?

Anybody remember this reading from a few weeks ago? (1 Kings 19)

When he heard this, Elijah hid his face in his cloak and went out and stood at the entrance of the cave.

Now, I'm not saying that just because we had a couple of natural disasters [Acts of God as the insurance company calls 'em] and that similar events happened in the Bible once that this amounts to some kind of cosmic replay.  That's just crazy talk.

What I _will_ say is that, hey, we've had a couple of natural disasters (that weren't actually that bad), and hey, that reminds me of this Scripture reading that we had a couple of weeks ago, and at the end of that list of calamities Elijah heard a small whispering sound that actually _was_ the presence of God ...

and isn't every time the right time to be listening to God who chooses to be found in the quiet stillness of our hearts because He will not force Himself upon us?

Today at 1:53 PM we had an earthquake measuring 5.8 on the Richter scale. The epicenter was in Mineral, Virginia but was felt as far away as Toronto, Canada. It was a "shallow" earthquake which is why it was felt so far and wide.

For the first 10 seconds, I thought somebody was moving something large, heavy, and loud on the floor below which was causing an unholy vibration. Then, when the bookshelves started shifting a foot to each side, I realized something was wrong and that it was an earthquake.

Now, I spent 5 years in Los Angeles, so we were used to earthquake drills. You need to get under the desk or in a doorway if you're inside so nothing falls on your head. My desk is so flimsily constructed, that I decided in a flash that it was probably _more_ dangerous. So, I stayed in the middle of the floor away from shaking shelves and desks.

Strangely, I was not frightened.

After about 30 seconds, we quickly and calmly filed outdoors in case of aftershocks or building structural integrity problems. I tried to call my wife, but the cell phone airwaves were jammed with everyone else's calls. (Just like on 9/11. Some things don't change.)

A few buildings were superficially damaged, but there have been no reports of serious injuries. For example, the National Cathedral has some damage to one or more of its spires. The quake triggered an immediate exodus from D.C., and so rush hour began at 2:00 rather than 4:00.

We normally have a 3-5 hour "rush hour" on normal days. Today, _everybody_ left at the same time. Gridlock. Fortunately for me, I was in the first third of that wave, so it was merely bad traffic as opposed to standstill.

Mrs. Nod had all 6 Nodlings with her at the Doctor's office at the time. Her building didn't shake too badly at all. However, when the order to evacuate the building came, the two of the older ones, Wynken and Nod-girl, rushed down the stairs. Nib tried to follow but was momentarily left behind on the 3rd floor landing to her great consternation. Blynken helped carry Nub down from the 6th floor, and Mrs. Nod carried baby Dab and the stroller down the stairwell with her, collecting poor Nib along the way.

It was a very exciting day, but we're grateful to God that no one was hurt and that all immediate and extended family members are safe and accounted for. It would be okay if we didn't repeat this exercise any time soon.

The yeast got put in the wort and the not-yet-beer needed to be agitated.

Of course it's Very Naughty to joke about such things, but when he said, "Of course I'm good at squatting down and shaking things. I have children.", I couldn't help busting out laughing.
Posted by Nod at 11:19 PM No comments:

It seems like I’ve been a tumbleweed most of my life growing up. 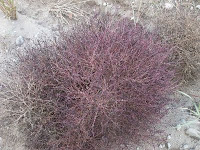 On the plus side, you’re a citizen of the world, gathering amazing and varied experiences not available in local stores. On the minus side, you never quite put down roots; you’re not “from” anywhere.

Have you ever desired God? I mean really, really desired to be with Him? Not just a vague “I hope to avoid Hell, it sounds like a nasty place”, but a deep, keening longing that feels as if it can never be slaked except by an even more overwhelming Presence?

Subscribe to As For Me And My House (Jos 24:15), Thursdays at Catholic Dads Online
Posted by Nod at 12:24 AM No comments:

Email ThisBlogThis!Share to TwitterShare to FacebookShare to Pinterest
Labels: As For Me And My House 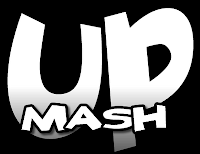 So, LarryD has blogger’s block and he’s drinking beer. Isn’t that my job? Or rather, isn’t my job causing that? (Except for the beer part, I would have had one anyway.)

In the meantime, I’m feeling just the slightest bit snarky. And it’s Friday. Could this be a Blogger Freaky Friday?  Have LarryD and I switched places for a day?  What would that look like? ...

Welcome to Acts of the A-Pasta-See, where we pair experimental cooking with made-up religion. Today’s match-up is with Sister Patricia Owens O'Flannary, OP.

Sister Patricia is busy writing on the social justice of different wheat sources, saying “It doesn’t matter if you don’t know your Semolina from your Durham, it’s the soul of the wheat germ that’s important. Durham has developed a “naked, free-threshing form” over the centuries which I’m sure is terribly important. It gives me goosebumps just thinking about it. I may devote an entire crystal meditation session to it.”

Meanwhile the Seven Sons of LarryD are whipping up a 7-layer dip in preparation for the un-cancelled 2011-2012 Football season. “Dribble! Dabble! We need more guacamole and less refried beans. Add plenty of cheese, Lumpy and Jumpy; each layer of our True Faith Dip represents one of the 7 sacraments. It’s like heaven on earth.”

Ok, LarryD, your turn. Which blogger(s) would you Freaky Friday switch with, and what would it look like? Or you could do a “blogger mashup” of two or more peeps on your sidebar.  Go on, it’s just for fun!

Anybody else want to give it whirl? Jump in the combox!
Posted by Nod at 11:14 PM 6 comments:

The thing that is driving me nuts about the debt limit increase deal is that despite the ballyhooing on both sides of the aisle in Congress, all they have achieved is a (slight) reduction in the rate of increase of spending. There are no actual cuts.

And that is only if the Super-committee can agree on anything by Thanksgiving.

Me And The Homebrews: Imperial Style

When last we left our hero, the Homebrews were dialing up a batch of Imperial Ales for Ascension. Well, the fateful day came and we kegged our kingly brew.

The Imperial Blonde ale clocked in at a disappointing 5.75% ABV, which is not-so-imperial (due to our mistake). However, the big rounded taste more than makes up for that. This big, beautiful blonde is now on tap as a wonderful session beer. Malty, but with a vaguely Pale Ale-ish hoppiness that is a real crowd pleaser.

We kegged it up with bottled C02 at 12 PSI for a few days, then dialed it back to 5 PSI for serving. It has a deliciously clear presentation -- probably the clearest beer we've had to date. Originally from Brewer's Best, this one is definitely going on the "Make Again" list.

The other Ascension Ale, Imperial Mild, is in situ in our spare 5 gallon keg, but with just enough C02 to close the seals. I'm debating whether to naturally carbonate it, but I'm wavering because all I have on hand is table sugar. That will work fine, but I need to use less of it (1/3 cup) than priming sugar because it has a greater density. Nobody wants to over-carb their beer.

This one clocked in at a respectable 6.8% ABV, and has that characteristic Imperial mouthfeel: full and rich. The Imperial Mild will pair well with a semi-soft cheese and some aromatic bread. Dark and lovely, with a big, rich, malty flavor. Drink more than one of these at a sitting, and we'll glide all the way to Oktoberfest before you know it.
Posted by Nod at 10:26 AM No comments:

Saw this cool vintage army Jeep at the grocery store the other day. It's the real McCoy, probably circa-Korean war.  Which means, this is one really, really uncomfortable vehicle. 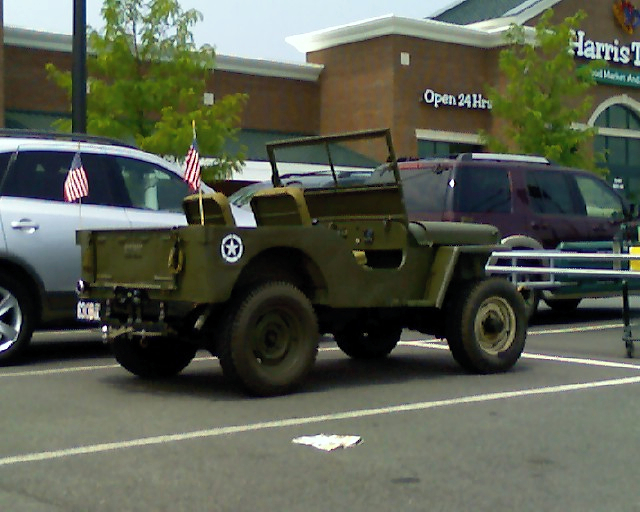 Cool though.
Posted by Nod at 9:56 PM No comments: