Email ThisBlogThis!Share to TwitterShare to FacebookShare to Pinterest
Labels: fun 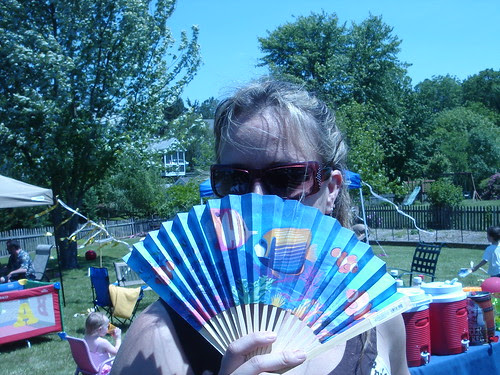 May is party month at our house and we had a great time at the Luau! We had barbecue from Red, Hot & Blue, beer, margaritas, root beer kegs, a MOONBOUNCE for the kids, tents, tiki torches, DJ music, Rock Band game, squirt guns & sprinklers, water bottle rockets, and more!

Other than some small incidents, there was great rejoicing. Check out the Luau pics on Flickr or share your own.

Email ThisBlogThis!Share to TwitterShare to FacebookShare to Pinterest
Labels: fun

Get ready to Limbo!

Local color, regionalisms, aphorisms, pithy sayings, maxims, puns -- you gotta love language. I like to collect saying from places I've been. Sometimes they are funny, sometimes profound; I even like multi-lingual mash-ups.

Here are some phrases I've collected; some of them are slightly earthy:
Add some of your own ...
Posted by Nod at 9:22 PM No comments:

Email ThisBlogThis!Share to TwitterShare to FacebookShare to Pinterest
Labels: language

Blynken Mash Up: The Vatican, Extra-Terrestrials, and Relics

This week the Vatican's chief astronomer,Father José Gabriel Funes, an Argentine Jesuit, declared that belief in the probability of extra-terrestrial life is NOT incompatible with the Catholic religion or belief in God, and that we should not place limits on the creative work of God.

Seems obvious, doesn't it? The Catholic Church has always been at the service of Truth. Her prime mission is to defend the deposit of the Faith handed down through the Apostles (overtly religious), but also to affirm the truth and beauty of all of God's creation, including math, medicine, astronomy, physics, meta-physics, philosophy, art, music, etc. There can be only one Truth (by definition) and it all relates to the whole.

Lots of people will point to the whole Galileo thing ... hey, we said we're sorry, right? And Darwin, he was a Catholic too -- nothing bad happened to him.

So E.T. may be my brother, which is interesting, but there are a whole lot of other brothers a lot closer to home that need keeping. It is these brothers that we should remember to honor both in spirit and body.

Speaking of honoring the body, what is it with Catholics and their relics? Yes, yes, I know that Saint Jerome declared, "We do not worship, we do not adore, for fear that we should bow down to the creature rather than to the creator, but we venerate the relics of the martyrs in order the better to adore him whose martyrs they are" (Ad Riparium, i, P.L., XXII, 907).

But come on, it is a little creepy to collect them. Hey, I get the head! Aw, man, all I got was a finger bone ... I know, let's dig them up and see if they're incorrupt! 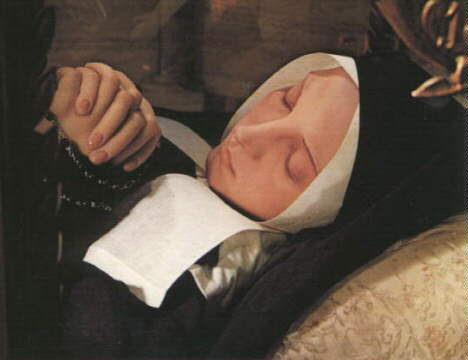 Now on the other hand, if you happen to be completely incorrupt like St. Bernadette Soubirous, d. 1879, now that's something to see.

Ok, I confess, I do have a third class relic - sort of. It's dirt from the site of the martyrdom of St. Isaac Jogues and company.

How about you? Leg anyone?
Posted by Nod at 8:41 PM No comments: