There's a guy in Chicago, named Bill Diamond, who took a summer job at a rail yard after college and stayed there to become a Beer Conductor.

When the mercury plunges, this brew crew's job is to keep trainloads of beer from freezing.
Manuel Martinez

His job includes moving train cars around the yard to keep the beer from freezing below 13 degrees Fahrenheit.

They may get a little slushy, but the constant jostling helps prevent a hard freeze and exploding cans and bottles.

His warehouse, or "beer house" holds more than 1 million cases of beer at any given time. That's a powerful thirst, my friend.

What an awesome job! Far from being "a tedious and time-sucking endeavor" as reported by Meribah Knight, this guy is performing a noble public service -- saving beer. >Sniff.<

This guy's a real mensch: performing a thankless task so others might beer. He can also do what no one else can do without committing a beer foul: he can shake the beer ... and it's a good thing.

Plus, being a train conductor is kinda awesome in and of itself. Every boy loves a railroad. Even my 3-year old Dab runs around the house singing Thomas the Tank Engine and making the couch  into a mountainous track or any horizontal surface into his personal train yard.

A work in progress: a magnetic stir plate for building up yeast starters.

First thing is to get a 12 volt adapter and hook it up to a rocker switch. This gives you on/off. Yay, power! 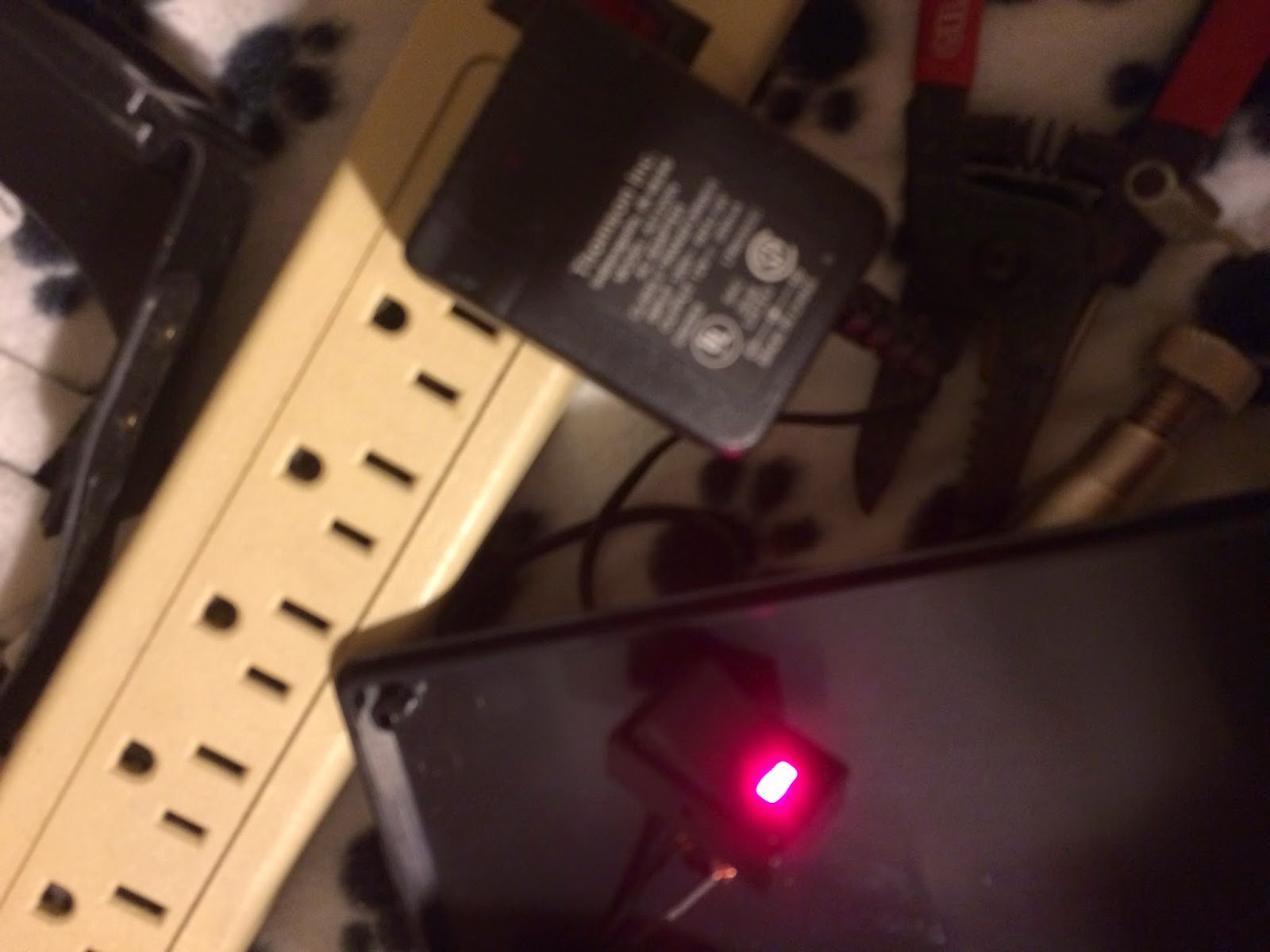 Next you wire up a rheostat to a used hard drive fan and your rocker switch. This allows you to adjust the speed of the fan. Wheeeee! 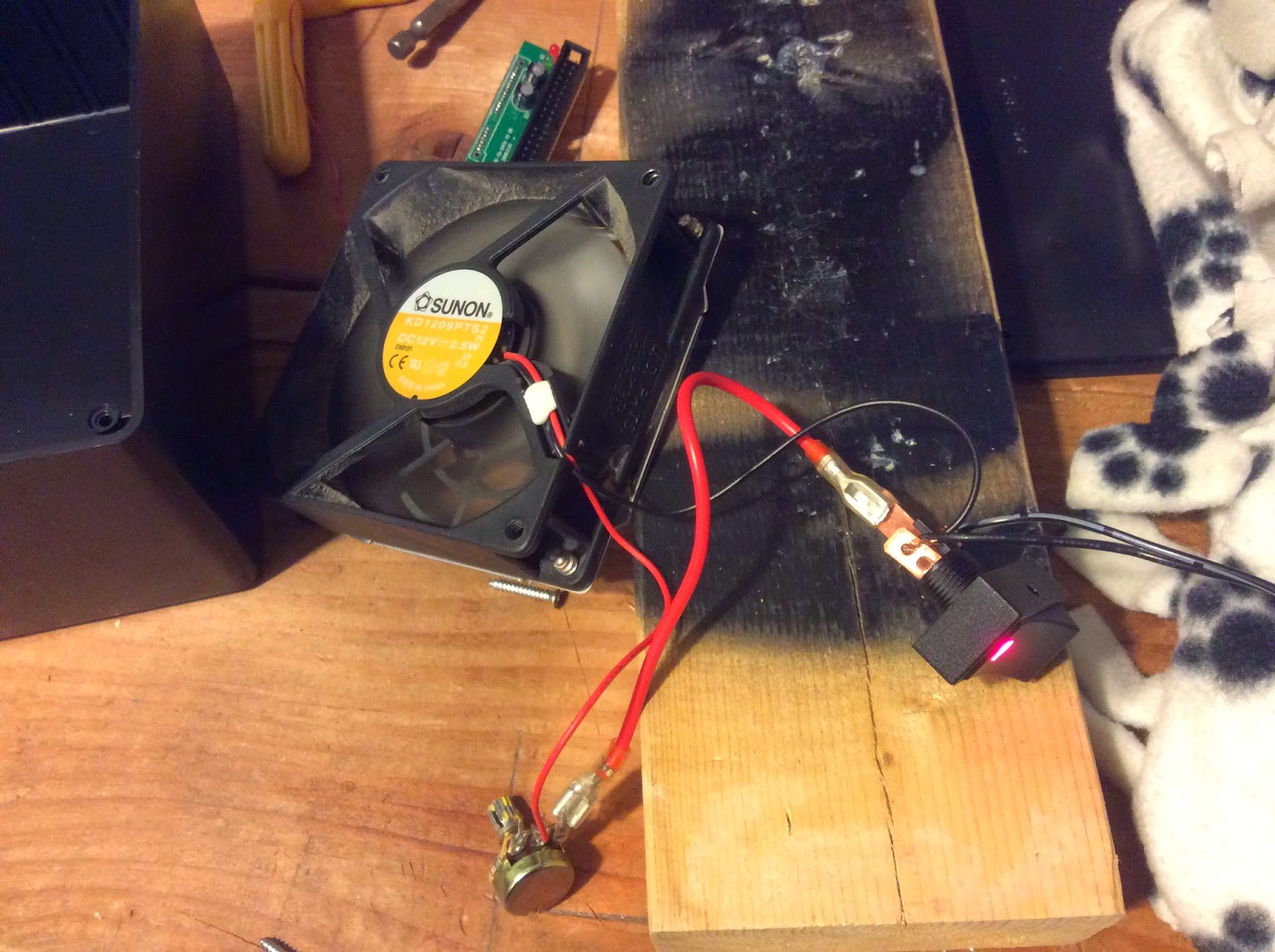 Now, take a hard drive rare earth magnet and affix it to the spinning side of the fan. Test mount the parts in an enclosure, put the magnetic stir bar in a flask and voila! It magnetically stirs your solution.
See the whirlpool funnel? 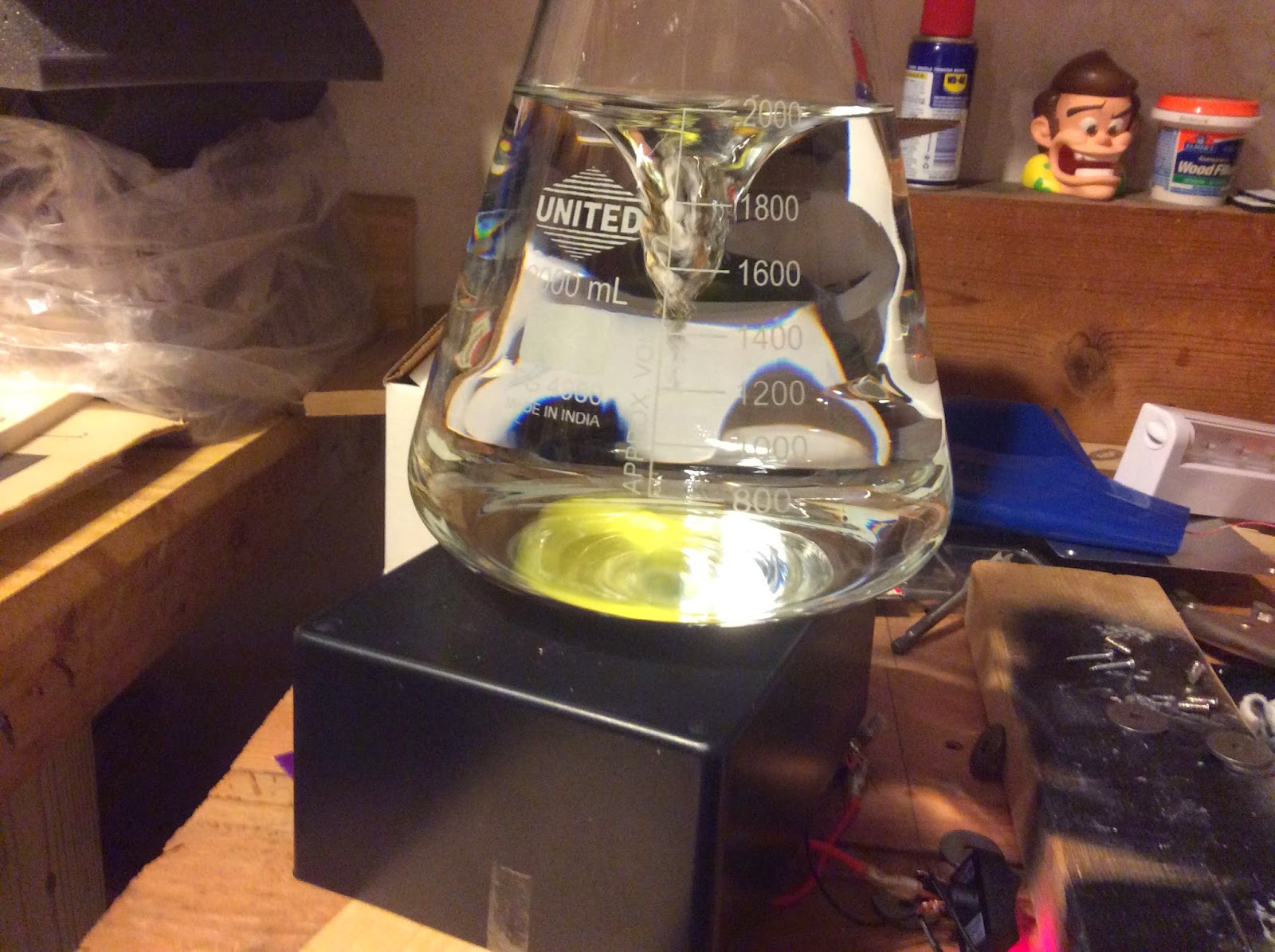 Needs a little refinement, but you get the idea.  I'll do a more complete post later.
Posted by Nod at 10:48 PM No comments:

It was with this background in mind that I read on Monday of the Church of England voting to allow female Bishops. For those who believe that being a priest or bishop is just like any other job, subject to so-called "equity laws" (they should be called "sameness laws"), this is a long awaited victory.

For those who believe that priesthood is something other, something set apart by God for his own purposes, made in the image of the Son, and not alterable by his creatures, then this announcement can only be seen as a grave impediment to unity.

Sadly, the CoE is tripping further down the path of irrelevance. As the Parable of the Sower goes on to say: "But since they have no root, they last only a short time. When trouble or persecution comes because of the word, they quickly fall away."

When you continue to change your doctrine to suit the whims of society, you have nothing to say to the culture for you have become the culture; you are therefore irrelevant.  "What? You are still here? Go away, we have conquered you."

But it is no good to simply wag a self-righteous finger. We who are hearers should take heed lest we fall into the same trap -- for there is a promise and a doom:
"12 Whoever has will be given more, and they will have an abundance. Whoever does not have, even what they have will be taken from them."
Posted by Nod at 12:43 AM No comments:

Just concluded festivities with all of the Nodlings and our neighbors for the Fourth of July. There was barbeque, corn on the cob, peach pie, outdoor games, and of course -- fireworks. 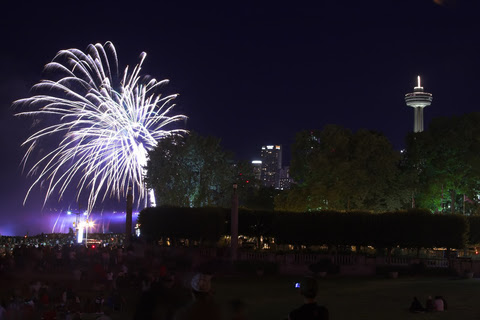 Nothing beats watching fireworks with kids. They have the best time regardless. We had gotten a rather modest set of fireworks from Costco and set them off in the driveway. Our fountains and sparklers were punctuated by other neighbors' much bigger and louder fireworks over the treeline.

Big or small they were a huge hit. Three year old Dab covered his ears and snuggled deeper into my lap -- but he refused to leave. "You see that, Daddy?"  Meanwhile, eight little girls screamed at the top of their lungs at every bang -- not because they were scared, but because screaming is fun.

At one point, we had an intermission. So the kids jumped up with impromptu song and dance numbers and a fair amount of giggling. We were treated to a patriotic singalong and general silliness.

If that ain't a good old fashioned 4th of July celebration, then you don't know your head from a hole in the ground.

Happy birthday, America.
Posted by Nod at 10:42 PM No comments: