What happens when someone clunks their beer bottle on top of your open bottle? Your beer explodes in a shower of foam.

The bad news is that science has determined that you have one millisecond to stop that reaction from happening. The good news is that we get to watch those erupting beer plumes in super slow-motion.


Get Wynken, Blynken, and Nod via RSS here!
Posted by Nod at 7:36 PM No comments:

I've been doing a good job at keeping myself at arm's length from politics this year because I'm a bit weary of it. It's silly season, and we have an election in less than three weeks.

But sometimes politics comes to bite you from under the table like a rabid dog in any case. I've just been informed by my 5000+ person company that they are cancelling my preferred insurance plan for 2014.

I'm a little salty about it.

"Regrettably, the Gold Plan -- for many years considered our "premier" level medical plan -- will not be available in 2014. The 2014 costs incurred under this plan rose to an unprecedented high. In addition, this type of plan will be subject to a "Cadillac Tax", under the rules and regulations of the Patient Protection and Affordable Care Act [Obamacare] excise tax."


I've got a large family with a lot of ongoing medical issues. The plan that I rely on to keep my medical costs affordable has just been made un-affordable and un-available.  Instead, I have the option of paying more to get a lesser plan with higher deductibles, higher out-of-pocket limits, lower covered percentages, and fewer options.

So much for "keeping the insurance you like". Empty promises, broken dreams. And will that increased cost be offset by higher wages or subsidies? Not a chance. The company is also taking it on the chin. Medical costs continue to rise and with them insurance premiums. Obamacare does nothing to lower real medical costs and seemingly nothing to lower insurance rates for those that have it.

So let's review: higher costs, canceled coverage, real medical costs increasing, and a shuffling of the chairs on the Insurance Titanic.

Does anybody know of anybody anywhere whose insurance rates went down for the same product?

When you've been married for a long time, your traits tend to rub off on your spouse a bit.  My wife likes computer design, I like beer.

Mrs. Nod was working on the layout for the school craft fair booklet on her computer and was complaining about the poor scan quality of the advertisement graphics. 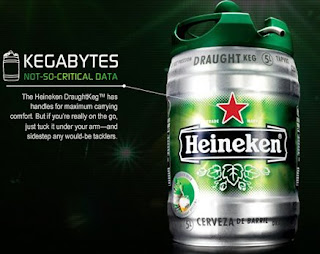 Subscribe to Wynken, Blynken, and Nod via RSS here!
Posted by Nod at 12:16 AM 2 comments:

7 Things I Wish I Had Done This Week Instead

1. Played in the puddles.

It rained like the dickens early in the week. I wished I had grabbed the kids and had paper boat races in the gutter instead of cleaning the house.


2. Watched that other Sandra Bullock movie. 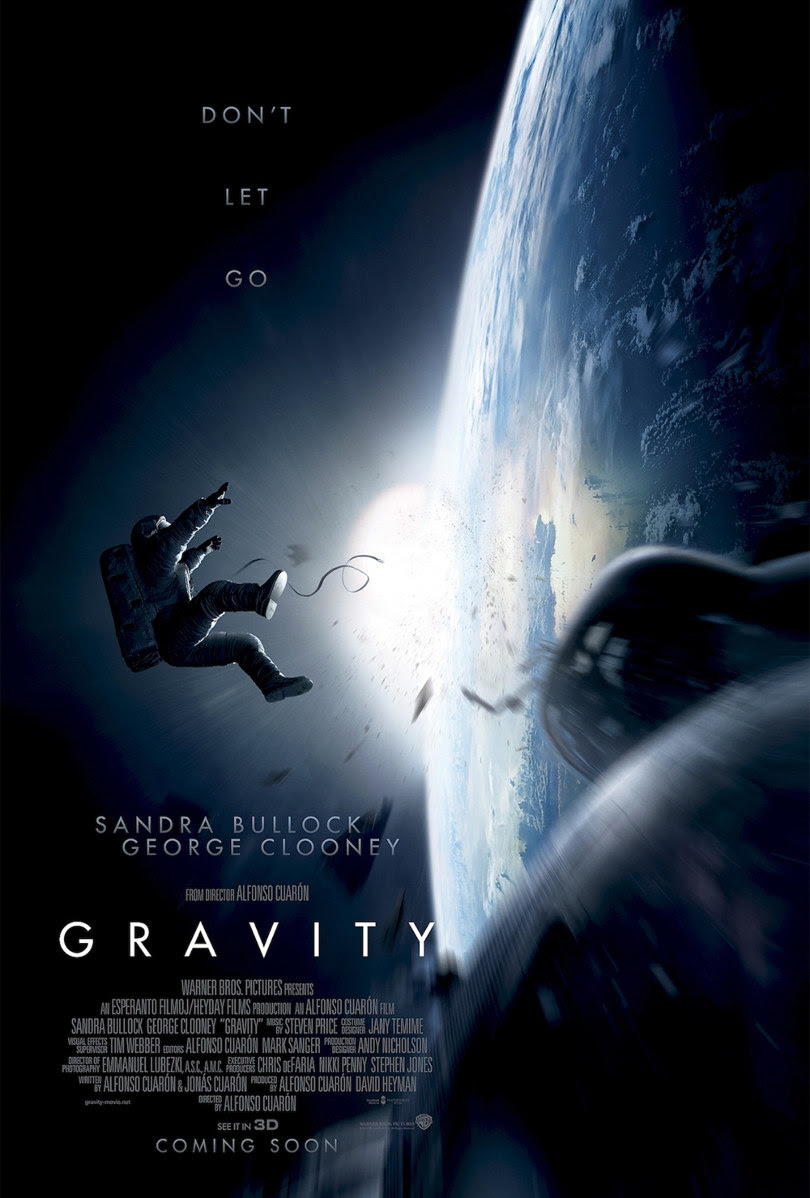 I could have gone to see "At once the most realistic and beautifully choreographed film ever set in space, Gravity is a thrillingly realized survival story spiked with interludes of breath-catching tension and startling surprise" - (The Hollywood Reporter) in an amazing 3D big screen experience.

Instead I watched the most insipid, trope-ridden rom-com Love Potion Number 9 which had exactly nothing to recommend it on YouTube. Two-geeky-scientists-abuse-gypsy-love-potion-finally-realizing-they-really-love-each-other-instead-because-Hollywood.

I homebrew beer as a hobby, and so I'm always interested in tasting the endless renaissance that is craft beer. I could have been sampling 40 of the world’s best breweries, delicious food to complement the craft beers, outstanding local and regional bands, as well as artists, crafters and retail vendors for your early holiday shopping!

Anything from Old Dominion Oktoberfest Maerzen - with its eight types of imported German malts and four hop varieties to create this amber-colored fest beer;

to the Black Beer of Köstritzer with its unmistakable fine aroma, mild hops, and a versatile flavor ranging from sweet palatable to light and fresh with a distinctive, delicate malt flavor;

Only one more week until my own homebrews are ready!

4. Learned to play the electric guitar.

Seriously. Who doesn't want to be able to rock out on their very own Fender electric guitar? Who cares if it's only a Fender Squier from Costco? Stop with the air guitar and the Rock Band game and move on up to music that comes from your own fingertips. Get yourself some Rocksmith and learn some licks and then hook it up to an Amplitube iRig and jam along to your favorite songs on your iPhone.


Or just throw caution to the wind, crank the amp, and play like you just don't care. It doesn't have to be good - just loud. It's an electric guitar fer cryin' out loud!

5.  Gotten some real work done. I went from being a tech geek to a tech lead - which is dangerously close to management. That's a four letter word: B-O-S-S.

I have a small team that I direct in things computer and things security. Since it's a new team on a new project, I have to make sure everybody has a task they are doing and doing correctly. I hate doing the hand-holding thing. My plan is to make my minions self-sufficient to I can be free to do what I do best: innovate and solve technical problems.

Project plans and status reports? Blarg.  Give me tech or else I die!

6.  Gone on a nature walk with just my wife.

It's got three things I really enjoy: my wife, nature, and mild exercise. It's the kind of crisp, fall weather out there that puts a little pep in your step.  It's not too hot, the fall colors are starting to show, and the cool air is invigorating.

We could have had an uninterrupted conversation, soaked in some of that quickly-failing sunlight and vitamin D, circulated the blood a bit, appreciated the good things God has created, and just enjoyed each other's company.

My reason for not doing it this week?

7. Gotten more sleep instead of surfing the Internet into the wee hours. Nothing can replace sleep. Nothing. Without it we are cranky, tired, short-tempered, stupid, and argumentative. Sleep repairs the body, refreshes the mind, and makes us people our family actually likes to be around.


Lo! I have searched and found The End of the Internet.

Get Wynken, Blynken, and Nod via RSS here!  Then go over and enjoy Jen Fulwiler's 7 Quick Takes.

A Potpourri of Popery: Fun With Hats

Why is it we love to see our public figures in ridiculous outfits -- politicians, celebrities, and especially Popes?

Perhaps it's the incongruity of it all, because it is "unexpected". The more serious the figure, the more we love the ridiculous.

Here is one thing I like about Pope Francis: he is almost always smiling. He seems to like this Christianity thing. Me too. As St Teresa of Avila said: "God save us from sour-faced saints."

So without further ado: A Potpourri of Popery. 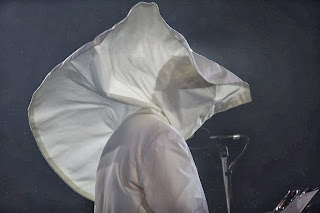 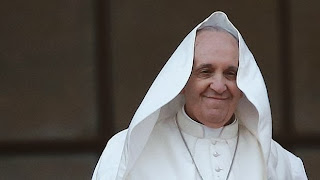 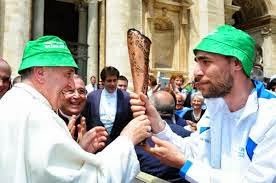 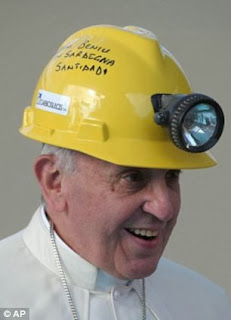 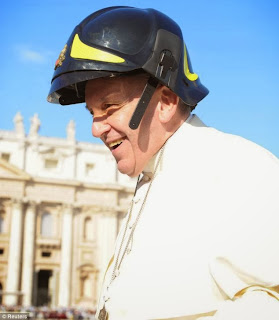 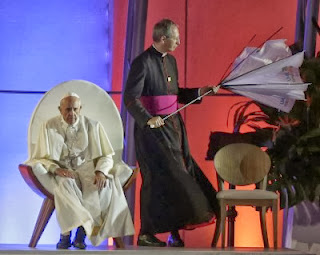 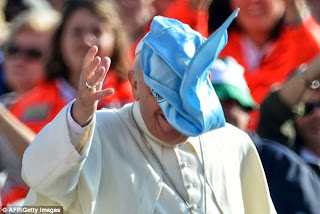 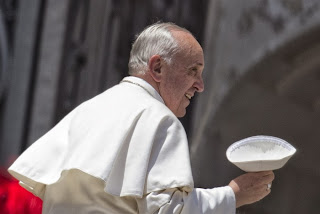 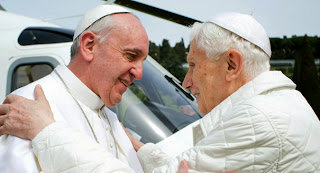 Subscribe to the Blynken Blog here!
Posted by Nod at 11:28 PM No comments:

~1~
Well, this weekend looks like it may be drowned out for the Nodlings.

It's raining like the dickens which means no Boy Scout camp out for Wynken and no American Heritage Girls camp out for Blynken, Nod-girl, and Nib since the sites are literally under water.

Nub and Dab may still get a chance to hang out with dear old Dad for the day since Mrs. Nod is taking the AHG'ers to the Fire Station for a rain picnic and the Boy Scouts are working on Pioneering instead.

If the Diocese kicks out the Boy Scouts due to their new policy on gay scouts next year, we'll be looking for a new home for the troop instead of the church property; or else we personally will have to decide if we're continuing with Scouting.

~2-3~
Elsewhere it's raining diamonds on Neptune, Jupiter may have rivers of liquid diamond, and there are black diamonds falling from the sky. Mrs. Nod wants me to enlarge her gold wedding band for Christmas, but is her wedding ring a sacramental?

~4-5~
Meanwhile, thousands of slowed down crickets sound like an angel choir, and I'm contemplating this heavenly mole poblano with its 29 ingredients because I just can't find good Mexican sauces around here.

~6~
And since it seems, as Hamlet said, "There are more things in heaven and earth, Horatio,
Than are dreamt of in your philosophy", I still find it fascinating that particle physics may be as simple as calculating the volume of a quantum jewel. I was never good at math, so I prefer this version: Finally, to round out the weekend, the Peter Andrastek makes a good case for the personal touch if we want to win souls for Christ in 5 Things Parishes Are Doing Wrong for the New Evangelization.

The first Christians had no committees, no strategic plans, no DVD series or programs.  They were bold. They were daring.  They got messy.  Jesus led them.  He had formed them as disciples to make new disciples.  They hurt, they suffered, they bled, they loved, and they changed the world.  So must we.  So must our parishes.

~~~ ~~~ ~~~
Jen Fulwiler is hosting her weekly 7 Quick Takes. While you are enjoying that, take a moment to subscribe to WBN's own Blynken Blog.
Posted by Nod at 10:29 PM No comments:

I know what you're thinking: with the demise of Google Reader I lost my RSS feed to Wynken, Blynken, and Nod!  How am I gonna get all those Blynken blog updates? 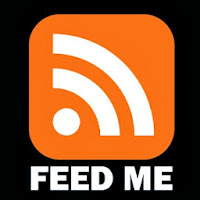 Well help is on the way. To subscribe to WBN with your new favorite feed reader, point it at: http://feeds.feedburner.com/WynkenBlynkenAndNod.

Or click on the RSS feed icon in the upper left corner.

See? What could be easier than that?

P.S. Every feed subscription goes to shore up a weak Nod self-image. Now it's a Work of Mercy. You're welcome!
Posted by Nod at 10:23 PM No comments:

Best Thing About Being A Catholic Dad

The best thing about being a Catholic Dad is telling your kids they're going to Confession, and when they do, they thank you afterwards.

What's your best thing?
Posted by Nod at 9:33 PM No comments: